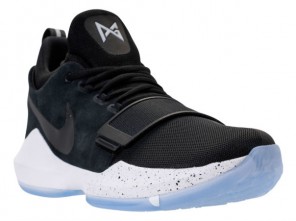 We’ve had a few colorways release so far of Indiana Pacer Forward Paul George’s first signature basketball shoe from Nike the PG 1, and the one that people keep talking about is the limited (12,000 pairs) “Shining” colorway.  Even with [...] 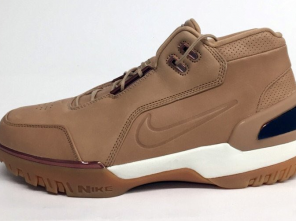 I think we all were expecting one thing and got another as far as the retro for the Nike Zoom Generation All Star goes.  Many of us pictured that nice wheat colored sneaker Lebron James rocked in the 2004 NBA [...] 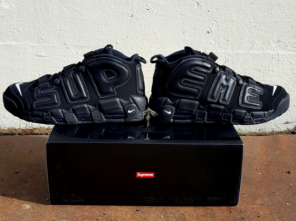 We all saw the images of the black and camo Supreme x Nike Air More Uptempos (article by Hes HERE).  It looks we might be getting more than one colorway with this collaboration, here is a first look at the [...] 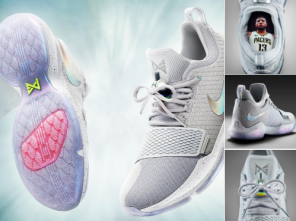 It’s been teased for a good while, but now we finally got full on detailed shots of Indiana Pacer forward Paul George’s first signature shoe with Nike, the PG 1. Based off of the new images, the PG 1 will [...]

Below are some countdown direct links for the releases happening 10/29/2016! Follow on Twitter and I will send out links 10 mins before the launches. They will usually launch at 7am PST (10am EST) * Check the links tho, some [...]

The grand finale for Kobe Bryant’s playing career continues through the Kobe Muse Pack, and Nike brought in a familiar face to create the second colorway of the Muse Pack. Kobe’s affinity for the Jordan III is what inspired the [...]

Nike is releasing a Grade School exclusive Kobe 11 colorway, with a unique inspiration behind it. With the television being one place where Kobe’s basketball career was broadcast, the black and grey Flyknit upper represents TV static, and a colored [...]

Nike is once again using a Yeezy 2 colorway as template for another one of their Foamposite Pro’s. The upper is made up of what looks like a Pure Platinum colored posite, in addition to a slightly darker shade of [...]

The 2012 NBA All Star Weekend was one to remember with all of the heat that dropped around that time, mainly from Nike with their galactic themed sneakers. One of the most notable sneakers from that weekend and for the [...]

I remember it like it was yesterday, ” The Decision”, Lebron Jame’s nationally televised announcement on who he had signed with in the NBA free agency period of summer 2010. I was heading into seventh grade preparing for one of [...]