First Impressions of the Revamped Way of Wade 6 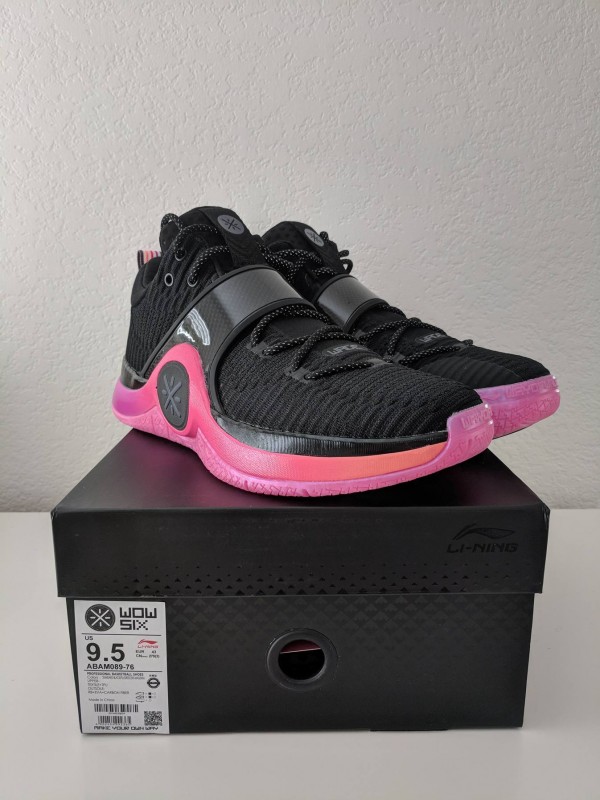 Personally, there were very few releases I was looking forward to more than the Way of Wade 6.  I know, I know, it’s not a Yeezy, or an Off-White collab, but hype aside I was highly anticipating the Way of Wade 6 due to a new direction the brand was taking Dwyane Wade’s signature line.  For the first time, WoW (Way of Wade) is introducing a knitted upper along with a brand new cushion setup that hasn’t been seen on a WoW thus far.  They’ve also added a strap, which has garnered a lot of mixed reaction.  Anyway, without further ado, here are my first in hand impressions of the WoW 6 “Sunrise”.  (Shoutout to Sunlight Station for always taking care of me!) 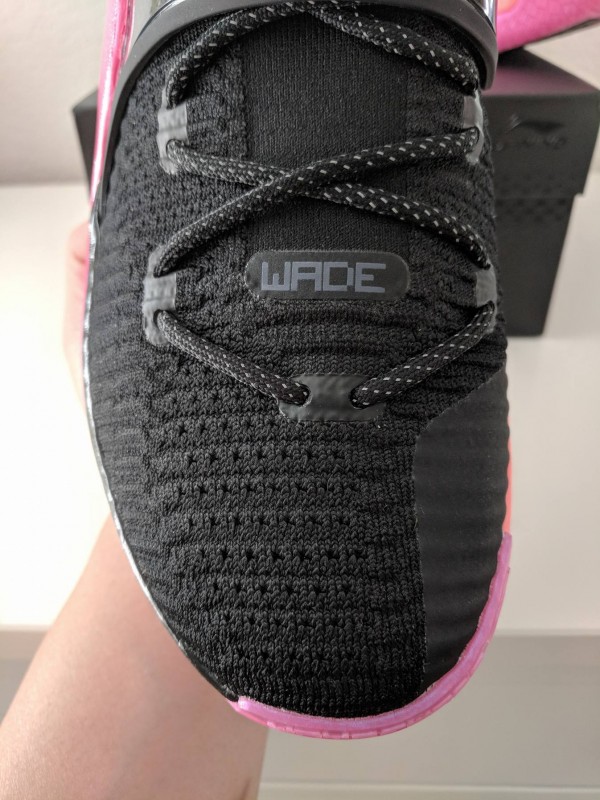 Let’ start with a brief history of the WoW line.  The WoW line started as a signature line that provided the consumer a signature basketball line that used premium raw materials on a performance basketball shoe.  This approach was used for the WoW 1-3.  The results?  I’d say mixed at best.  While the premium materials attracted a lot of non-basketball playing sneaker enthusiasts, the performance on-court was less than stellar.  The WoWs 4 and 5 attempted to cater to those who wanted an excellent on court performer by switching things up from premium raw materials to a lightweight mesh.  While that did improve the comfort of the upper and the overall weight, the cushion and traction left a little something to be desired.  So as a whole, the WoW line to this day has never really fired on all cylinders… until now. 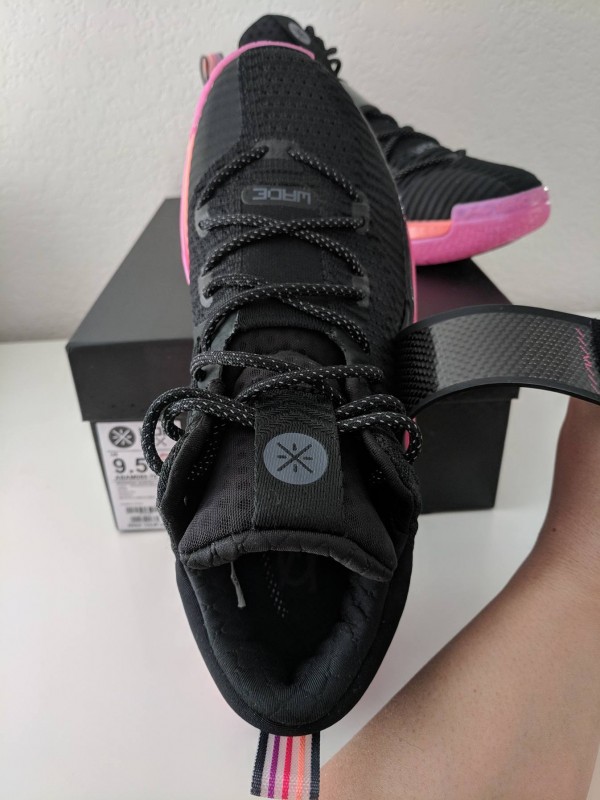 I think they got it right this time, the whole shebang. The upper, features a true full on knit (no excess glue or fuse reinforcement).  There is some fuse along the toe box for toe drags and it also runs along the medial side for additional durability and containment.  There is a padded liner underneath the knit, kinda like how the adidas Crazy Explosives are.  Also like the Crazy Explosives, the WoW 6 comes with half and half tongue.  The top half is detached, while the bottom half becomes one with the upper. The knit on the bottom half of the tongue is also a more elastic knit for additional comfort and a customized fit.  The upper half of the tongue is comprised of a well ventilated mesh, so it shouldn’t be an overly hot shoe on court.  The heel and ankle portions of the shoe are very well padded like most WoWs, the WoW 6 feels especially comfortable in this area.  The WoW 6 does come with a quilted liner, I am not sure how much that aids in the comfort of the shoe, but it looks nice and gives the sneaker a premium look.  For the first time ever, WoW is also incorporating a strap.  I don’t know how much it will help with lockdown, but it’s a nice change of pace aesthetically in my opinion.  The strap connects to the raised portion of the midsole on the lateral side which should beef up containment (quick s/o to the containment junkie Schwollo).  There is also an additional eyelet that appears to have been placed as far back as possible by the ankle to really keep your heel locked in.  One thing to keep in mind is that they removed the heel counter all together (external/internal), much like they did on the WoW 808 that had the V strap.  If there is one it’s internal and not very noticeable at least to me. 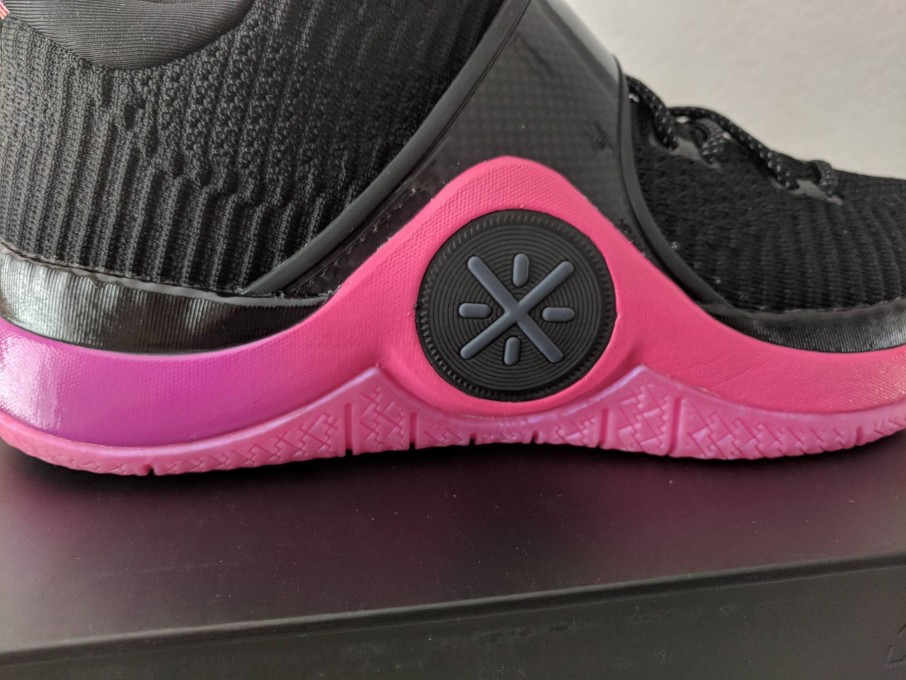 -The Midsole- (Lateral Side)

I can tell this cushion is going to be legit just by walking around my house in these.  This has been my biggest gripe when it comes to the WoW line, the lack of cushion.  It’s been mediocre at best.  Firm, unresponsive, zero to no bounce.  To be brutally honest, it was just a flat out dead cushion setup every single time.  They used Li-Ning’s patented Bounse and Cushion cushion pads in the heel and forefoot for the WoW 1-5.  I’m not sure if it was the phylon/EVA midsole carrier that was the problem or if it was the targeted Bounse and Cushion pads, but it just wasn’t very good on any model (probably was implemented best on the WoW 4).  THIS however, this is what I was waiting for from WoW.  Their patented Cloud midsole, which they’ve actually used before on the WoW 3 (ironically, probably the worst cushion setup ever on a WoW), somehow feels amazing this time around.  You can literally for the first time, feel the midsole compress by pushing it with your finger.  It feels even better on foot.  It feels a little similar to the WoW 4, but it’s more lively and bouncy.  That probably has a lot to do with the new forefoot cushion they used called “Drive Foam”.  It seems like they used Cushion in the heel which we have seen implemented before.  I really think it’s the the rubber compound in the midsole which is making the shoe feel as good as it does underfoot.  I think I’ll be able to see what Drive Foam is all about once I put some hours in these on court.  I don’t feel like the cushion will be anything close to Boost or Zoom, but initially it’s feels comparable to Bounce from adidas or Micro G from Under Armour.  It will definitely get the job done on court in my humble opinion, something I’ve never been able to say about any WoW. 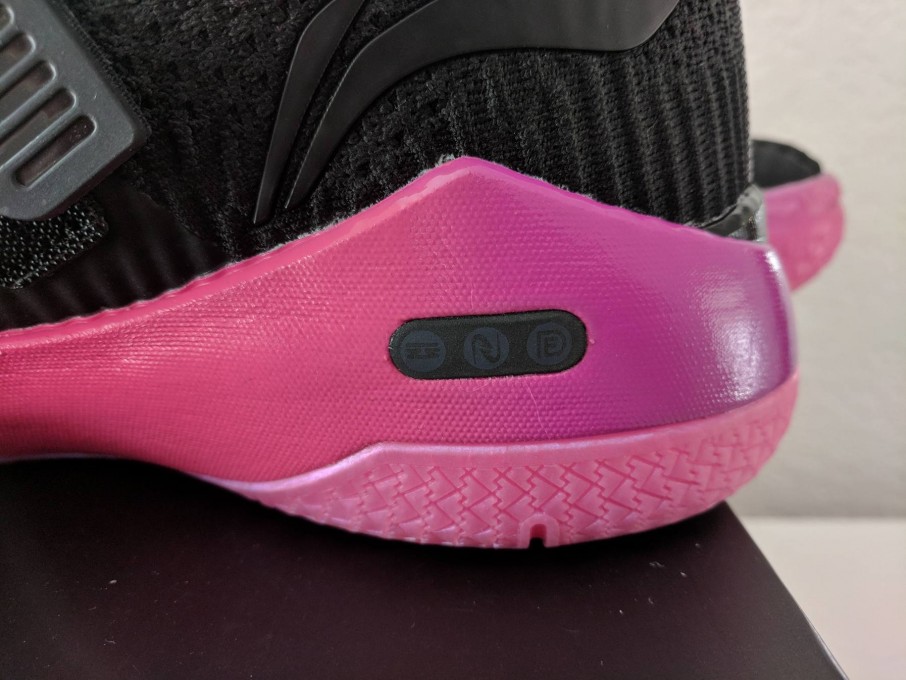 The traction looks iffy.  It’s looked iffy on every WoW and the 6 is no different.  I wish one time they would go with some aggressive looking herringbone, but I believe WoW is more interested in pleasing the casual consumer aesthetically than having the casual hooper stop on a dime when he or she needs to.  There are certain sections of the traction that are raised in the areas where your foot touches the floor more frequently, so hopefully this is one of the cases where ehh looking traction performs admirably.  I’ll have to take these on court to see how they do for my final verdict. 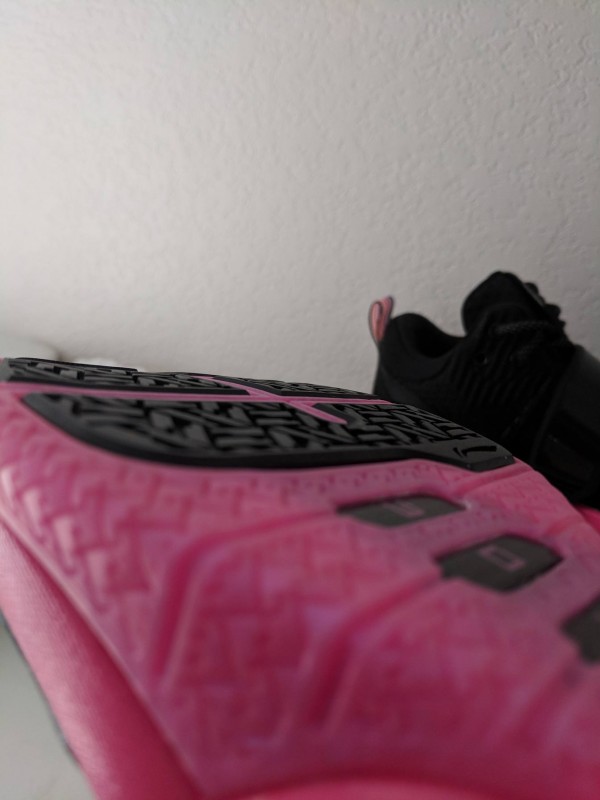 -I Will Reserve Judgement-

The last thing I’ll talk about is the insole, and it’s something the WoW line has never skimped on and it’s no different on the WoW 6.  The insole is plush and has ventilation holes for heat to escape.  The one difference is, it is raised a little bit where Dwyane Wade signature sits on the heel.  You can feel it as you put on the shoe, but once you get to actually moving around it’s a none issue.  I’m just curious what the design inspiration was behind the raised portion of the insole. 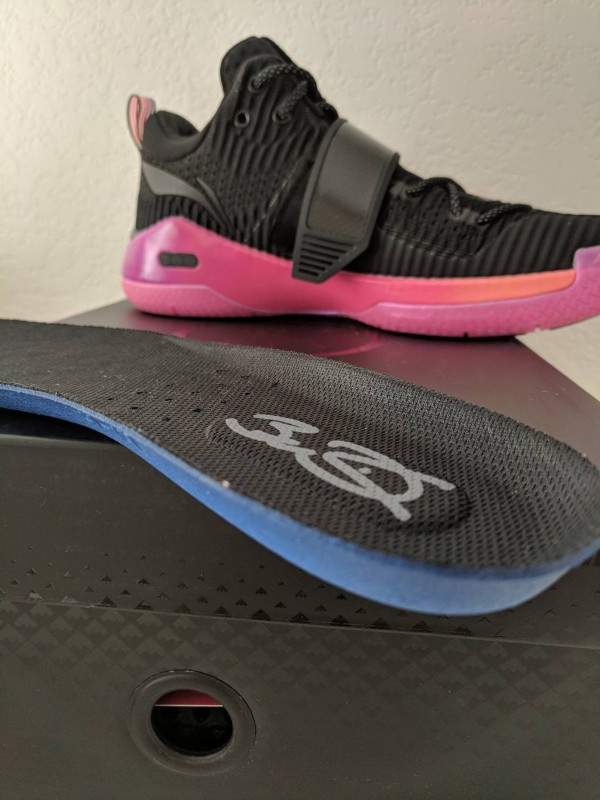 That pretty much is a detail summary of my opinion on the WoW 6.  I fully expect to put a lot of time on court with the WoW 6 very soon and will be back with performance review on them so stay tuned!

*I forgot to mention the fit.  It fits pretty true to size in my opinion.  The sneaker is a little roomy up front.  It runs a hair long, and has some volume or dead space in the toebox which I know some people won’t like.  However for the bulky and wide footed, this is definitely a shoe you need to try out!*