Somebody go tell Mr. Foamer Simpson if he doesn’t know already that it appears adidas and Kanye West are bringing burgundy to their highly popular 350 V2 Boost model.

According to Yeezy Mafia (so obviously nothing is close to confirmed or official yet), what is being dubbed as the “Red Night” colorway will be releasing sometime later this year.

Are you happy burgundy is coming to the V2, or is the V2 being over-saturated at this point and you want to see something else?  It’s definitely a loud shoe and in my opinion has  lot more appeal than that McDonald’s cheeseburger wrapper colorway that was floating around not too long ago. 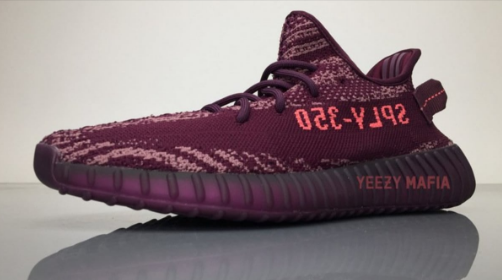