Besides the gold upper, you can also see hits of red on the toebox where the swoosh is.  The collab sits on a white midsole it appears, the outsole also appears to be in the same color but I can’t say for certain with the pictures that leaked.

What are your thoughts on this collab and what is your favorite colorway you’ve seen thus far? 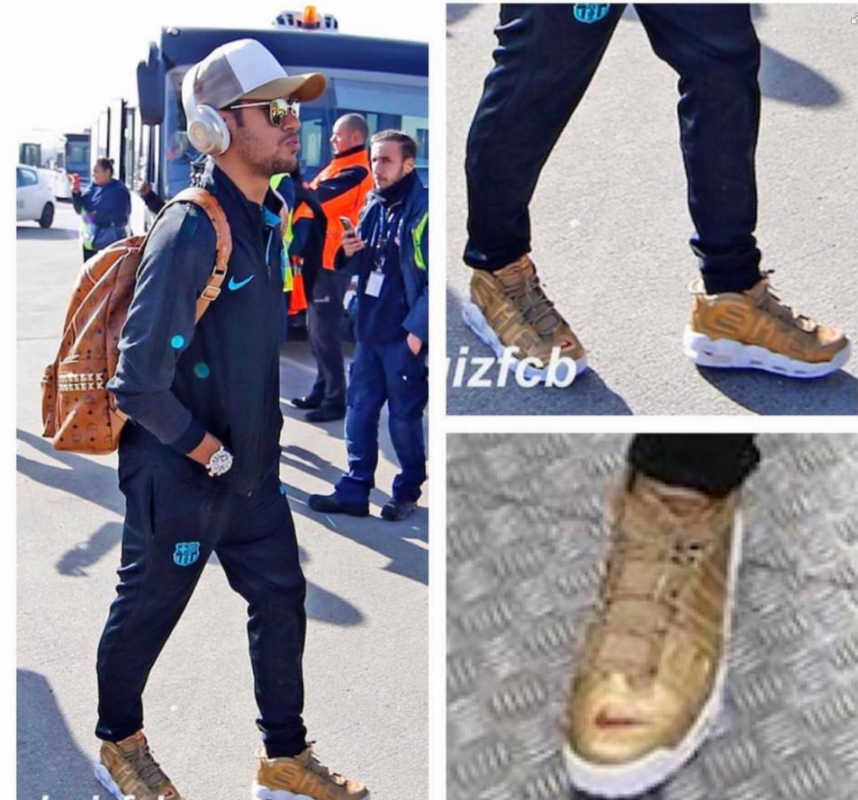