Unlike the camo version we saw images of, this version replaces the iconic “AIR” on the sides with “SUP” on one side, “R” on the heel, and “EME” on the other side to spell out Supreme.  Will both of these colorways actually release? If it was one or the other, which do you prefer? 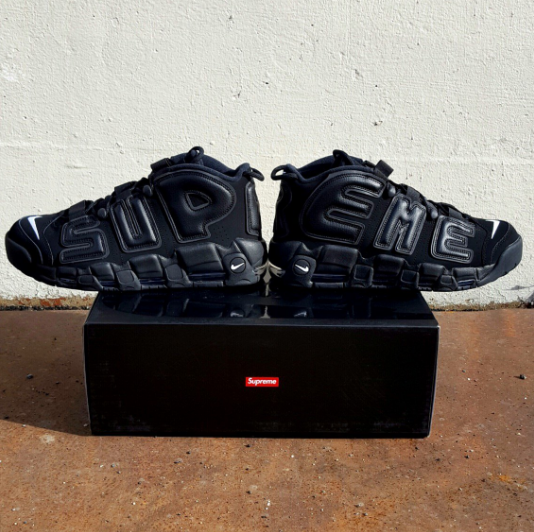